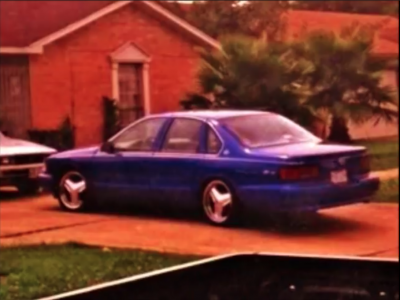 Do you ever walk the streets you grew up on? Pristine sidewalks now overgrown with weeds and detritus. The once lively dollar stores where you’d excitedly beg your parents to grab a toy or piece of candy morphed into a sunken hole in the wall. To observe your beginnings as ash can be quite a haunted feeling and Ghettoville takes this feeling to its terminal conclusion; a siren cry for spaces displaced.

Darren Cunningham’s 2014 masterwork, Ghettoville, is a stark reflection of a time that once reveled in the advancement of modernity irrevocably shattered. In the UK, the 90’s brought a hopefulness spitting out an encyclopedia’s worth of dance genres annually and Labour winning in a landslide victory once shined a ray of light toward the bleak horizon of the future. But as the 2000’s waned and we now look back on the 2010’s, the cracks that began to show not only fractured completely but swallowed any notion of hope towards a brighter tomorrow. Sea levels rising, bushfire engulfing the Australian landscape, Brexit marching ever onward, and the Forever War becoming the topic du jour; art nowadays finds itself to be in dialog, sub-consciously or otherwise, about this greying of once blue skies.

But it’s Cunningham’s 2014 techno funeral dirge double album that questions that very notion and proposes a different context: weren’t those grey skies already here and if so, for whom?

The dialog that Ghettoville contends with can be approached on nearly level: the cover art of a muddied array of shapes and sketches that seem to be collapsing in front of your eyes, the sound design enrapturing you in glimmers of various windows of blurred glass looking out to the inner city, the song titles give way to allusion of feelings, moments, and what lies behind you after the end of the history.

This idea is galvanized in “Gaze”, the only semi-party ready track on the album. The title alone provides a world of investigation. For how fun this song is, it keeps you at arm’s length; all of its drops and progression subsumed by a grey digital haze. You can look but don’t touch since what you’ve already touch has decayed to what you see before you. This hallowed out house number recontextualizes euphoric joys reached at peak hours and subtly asks you what it means for an entire people’s discursive culture to be stolen into a cultural where they are not heard, seen, or acknowledged except a couple of records that made their mark long before I Love Techno and Majestic Casual became the new history of techno and dance culture.

The examination of what’s left of Black cultures like techno and house once they’ve been gentrified is this record’s bread and butter. Ghettoville refuses to look away from the ways in which this parasitic relationship usually ends in poverty for its creators. “Rap” is a screwed-up R&B track with the phrase ”Wrap yourself around me” playing incessantly for 3 minutes straight. Its constantness gives way to a sinister take on the once silky smoothness of it gives way. The closing track, “Rule” is a slyly joyful but still hallowed tune with various 80’s hip-hop flows stacking and collapsing onto each other behind a Crystal Waters melody. For all the grime, depression, and death that this album showcases in an almost cinematic portrayal, Ghettoville (and most of Cunningham’s past work) ends on a quietly beautiful finale. Whispers of content gratefulness of what life we have between us all as the screen fades to black.

That is of course, if you don’t wait until after the credits with the Japanese bonus track. The idea of Japanese bonus track began decades ago has many CD sellers in Japan realized it was more inexpensive to pirate or import CD’s from countries so the music industry as a whole started incentivizing purchasing Japan’s own CDs by including a bonus track or two. The hope was that Japanese fans would wait and pay more for the local CD than the cheaper import. Boards of Canada’s 2002 magnum opus Geogaddi’s Japanese bonus track “From One Source All Things Depends”, provides an uplifted new ending to what is otherwise a deeply pagan-occult-eerie record. The closer samples an interview of various kids being asked who is god to them. Some say “he’s a big fat man in the air and you can’t see him!” while others speak of him conceptually, but it’s the last boy with the response, “…he's not though, what - a lot of people think he's just a feeling - but I think he's a real person...”. For a record has a running time of 1 hour 6 minutes and 6 seconds, and track titles as “The Devil is In the Details” and “Beware the Friendly Stranger”, such a warm ending feels more complete than the 2 minute nihilistic coda of digital silence of “Magic Window”.

The aforementioned track “Gaze” continues to be the crown jewel of this concept, how most people experience techno do so with an abstracted gaze. The song itself being this idea at its core as "Gaze" is but a sample of an older actress tune, "Point and Gaze"; a second-order distancing act to gaze upon "Gaze" itself. A gaze that can never be switched for the real thing no matter how close you think you are to it.

Thankfully since 2014, many people have been carrying the torch of letting others know about this gaze. Artist and writer, Deforrest Brown Jr. gives even more light to the once forgotten fact that Techno is for and by Black people or with crews such as Discwoman, doing an annual festival known as Dweller where Black techno artists come together to uplift and amplify each other in what is an otherwise deeply whitewashed industry.

To finally start fixing our ills is to not only look intimately at our environment but to hold those who caused it accountable. Ghettoville allows us to observe and to become complicit in our past, present, and future. An ode to the spaces, materials, and shapes that Black people create and subsequently get torn apart from. The corner depopulates, the rims rust, the birdcage vacant. What a space sounds like once you remove all the physical material that made the system what it was. I’ll end with the press release that came before the album’s release 6 years ago this month. Happy birthday Ghettoville, may your death live on forever.

Ghettoville is the bleached out and black tinted conclusion of the Actress image.

Where the demands of writing caught the artist slumped and reclined, devoid of any soul, acutely aware of the simulated prism that required breakout.

Four albums in and the notes and compositions no longer contain decipherable language.

The scripts now carry tears, the world has returned to a flattened state, and out through that window, the birds look back into the cage they once inhabited.

Spitting flames behind a white wall of silence.

The machines have turned to stone, data reads like an obituary to its user.

A fix is no longer a release, it's a brittle curse. Zero satisfaction, no teeth, pseudo artists running rampant, but the path continues.