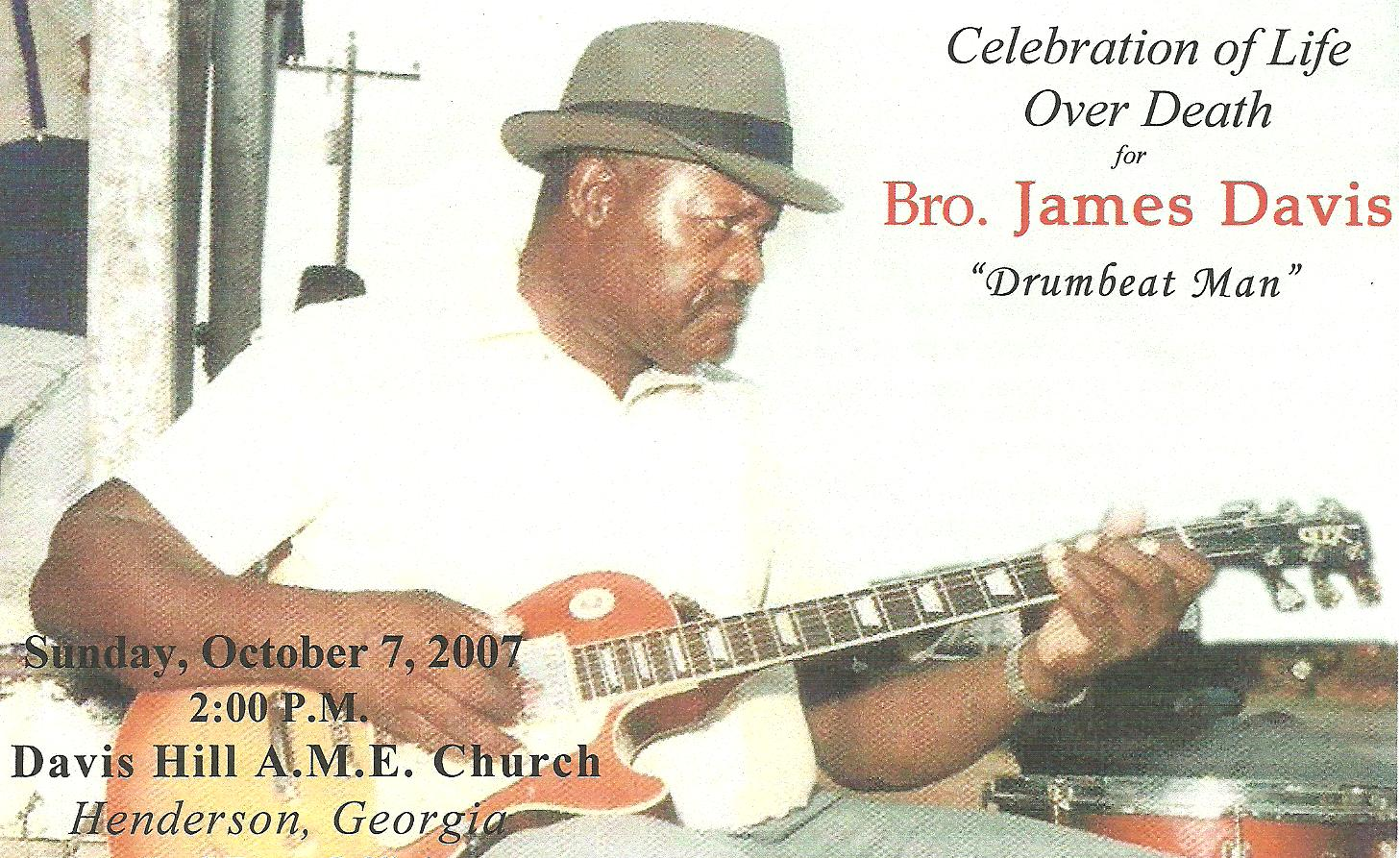 Music has been a part of my life for as long as I can remember. From the church spirituals that I never appreciated growing up to the old school R&B my mom would play when recounting stories of old lovers to the middle school school sanctioned dances that played Pretty Ricky and Soulja Boy. It was all around me and inescapably so in the South. The first chunky iPod received as a christmas present (a big purchase at the time that my mom split the cost with her sister) was my obsession to the point where I got permanently banned from that device because the headphones were quite literally always in my ear. And then there was the part of me who wanted to do more than listen but create sonic experiences. This looked like finding instrumentals on Youtube, downloading them, and then recording vocals to lyrics I had written on Garageband. At the time, I had Myspace and would frequently upload my creations there sharing with friends and strangers alike, many who I found through the bulletin board feature, which helped me land some of my first collaborations.

But all those many aspects of myself felt secretive and hidden. I never loudly proclaimed that I was a musician, in fact I never spoke of myself as such until recently. In middle school, I joined the Orchestra and although I played the cello until high school, I was encouraged to eventually drop it so I could have more room for an additional science class, something that was validated. It was always projected onto me that I should study something science or business related, or whatever else that was sure to “reward” me success. For a while, these ideas were things that were internalized and the residual effects alongside capitalist ideologies that still influence me today. To move beyond the belief of “only rich people can be artists and sustain themselves and to exist outside of that requires luck,” toward a belief of affirmation has taken work, ancestral work.

This last year of the pandemic has fundamentally altered my experience of time and sense of place. With this strange sense of a warped reality, has come an increasing sense of curiosity, the desire to ask more questions and to understand myself and this world outside the confines of “the present,” not as a form of escapism but rather through acknowledging the access to embodied nonlinear expansive ways of knowing and tools that are afforded to us. To embrace nonlinearity as a gift. This understanding of time has drawn me toward the archive as a tool that can provide guidance, connection to kin, and keys to portals. However, for the majority of my life, my interests in the archive existed outside of my own familial path be that through naivety or the crushing diasporic fear that there was nothing to find, so I always searched elsewhere trying to find answers and a semblance of what it meant to be me.

My mom’s communication predominantly resides in the past. Her past life, past partners, teenage memories, and stories of family members who have passed away intimately sit at the top of her throat, commandingly coming forth without prompt. This inclination toward past-speech was confusing but through the more recent realization that she is the thread, the living link between many of my ancestors and older family members I do not get to see often has created a sense of urgency and desire to be painted with these stories so that they may be brought front and center into my own life.

During my last visit home, I participated in the radical action of asking questions, namely, asking if there were any musicians in our family? My Southern family is huge to the point where I can’t remember everyone’s name or connection and due to the fact of having moved to Atlanta, three hours away from everyone else, I never felt fully immersed in everyone’s life unlike my mom who grew up going to school with her cousins and frequently seeing family members in her daily life. Through asking more questions, I learned, my-great grandmother, Thelma Lester, had ten siblings and that her dad was a musician who organized drumbeat circles for their community in Elko, GA, an unincorporated community in Houston County. The community put up these large tent-like structures where many people would gather to hear her family and friends improv over drums. I also learned about James Davis, Thelma’s brother, who learned to play the guitar and eventually joined these drumbeat circles as a guitarist, a collaboration which existed in the forefront of his practice. I found an interview of James describing his music style: “I play the guitar with finger picks and I use copper tubing for a slide. I use an electric guitar. I like the blues today but I still like my style of songs. I let the guitar tell the song. Nobody plays like me. I learned my own music. None of the younger kids are picking up my music. I wish one of my boys would pick it up.” And then there is Thelma’s sister, Essie Mae Brooks, who is a well-known gospel singer in the community who also has toured throughout Europe. In an interview from back in 2001, she states “Daddy always said if he had the money he would put me on the road, but he never had the money. There were 10 of us children and we grew up on a farm, so there was not much money.” She reminds me so much of the grace, power, beauty, and resilience of my great-grandmother but also of my family in general.

I have never met James nor Essie Mae and although this newfound knowledge created a sense of affirmation that I didn’t realize I needed there was also a sense of grief for not knowing them and for not ever having the chance to be a part of the intergenerational community where they gathered and brought people together through these sonic experiences.

My mom pulled up some of my family’s information on a website for cemetery records. There on my browser we looked at the digital grave of “James ‘Drumbeat Man’ Davis” who died in 2007: “James was a renowned musician known by many as the “Drum Beat Man”. He was inducted into the Music Hall Of Fame and also was highlighted in The Living Blues Magazine. He recorded numerous lp’s and cd’s.”

I read about his living family members, his past, and saw a picture of him, all uploaded by a user named “Big E,” who I am not even sure is part of my family but in a small town maybe he was connected more intimately with people than I could ever be. It’s possible. And as I did more digging, I found his music on YouTube uploaded by strangers and also on Spotify, Apple Music, Amazon, and Soundcloud, with some of the uploads attributed to the non-profit Music Maker Relief Foundation, whose mission is to “preserve the musical traditions of the South by directly supporting the musicians who make it, ensuring their voices will not be silenced by poverty and time.” The way they did this for my great-uncle specifically was through assisting him with obtaining prescription medicines and recording his first CD. Interestingly enough, they also partner with Essie Mae Brooks, my great-aunt who I mentioned earlier.

Who benefits from an archive and archival technologies? It seems to me that both are intimately interwoven with power and power dynamics, ones that are always shifting, and necessitate an ongoing negotiation as they traverse through time and space. I wonder if any of my ancestors used the technologies where their music and sound now lives. Youtube was founded in 2005 so unless James was one of the earliest users, the answer is not likely. Could they have imagined that with a monthly subscription to some big company, I could now hear the sound of their voice in the car, at home, or on my phone. I wonder also about the consequences of these large tech companies now maintaining power and control over cultural artifacts and ancestral memories, especially when they themselves have embedded a “lack-of-care attitude,” toward musicians into the code itself. Despite numerous protests and demands being made from groups like the Union of Musicians and Allied Workers, Spotify is still paying artists only between $.003 and $.005 per stream.

As I work through these questions, I wonder where my recent experience fits in. Would I have been able to connect with my ancestors intimately through sound without these technologies? Yes and No. Although my mom was able to pass some knowledge to me, a lot of the mapping was mediated through the work of others who felt connected with my family in some way or by their capture on these other platforms and websites. Regardless, my mom’s work functioned as a key to a portal and demonstrated one of the earliest forms of technologies, oral history, a format of sharing and passing down information that existed well before these big tech companies and still exists as a format we engage in today. Without that oral history, what you’re reading right now wouldn’t exist. Coincidentally, I have also been in a three-month sacred energy work immersion for the last month, whose focus for the introductory portion has all been on ancestral work. Part of this practice is doing a daily prayer or ritual calling onto my ancestors and asking for support and guidance. In this space, I have been able to begin a relationship with those I haven’t met and stay connected to those who don’t live in this realm with me. I can also honor those who are alive, who rather due to distance or other reasons we have not been able to connect.

As I write this, I have been confronted with familial loss of land, sickness, and death. Embracing non-linearity fully feels like a challenge when the premise of how our current capitalist society is built upon seems to advocate for destruction, loss, and forgetfulness. There’s a reason many of us have struggled to access information about our past. Institutionally, those in power have had the will to decide what information is important and gets paid attention to. So, I tell the stories that are important to me through oral history and written ways and live my truth as a black musician from a rich lineage of Southern sonic healers hoping my archive and love vibrate to the past-present-future.