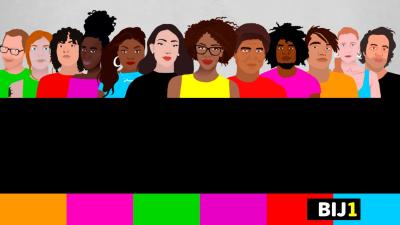 EDIT (July 26, 2021): As the writer of this article I'd like to add an addendum that sheds a different light on the values of the party leaders, which I now know contradicts my writing of earlier this year. Here is a short post about this.

I have never been as excited for a general election as I am for this year’s. And many other members of minority groups in the Netherlands feel the same. Finally, we see a chance for a voice in parliament that will truly advocate for us.

In the Netherlands we have a multi-party system, which usually means that no single party can get a parliamentary majority by itself. Instead, parties have to form coalitions to get to the threshold of 75 seats of a total of 150 seats. There are several benefits to a multi-party system, the most obvious one being that it is virtually impossible for one party to rule a country without regard for other parties’ interests. Making compromises – or, as the Dutch call it, ‘polderen’ – is an essential part of the multi-party system. Yet, for all their apparent differences, these parties all prioritise the welfare and comfort of those already closest to power, while the concerns and interests of those who are unrepresented / under-represented are sacrificed. Which paves the way for highly racist, Islamaphobic, queerphobic policies to be pushed, with little if any interference.

The most recent example of policies that target those who are already marginalized, is the racist child welfare scandal. Mark Rutte, the prime minister, and his government claim to have taken responsibility for the racist child welfare scandal by resigning. However, the obvious reason for their resignation, two months before the elections, is because none of the parties involved, which includes parties on the left, want this scandal hanging over their heads in election season. And to make matters even worse, VVD, the party of the prime minister, promises in their campaign to create a black list of ‘fraudulent individuals’. Rather than addressing the exposed injustice, this will entrench the racism that helped cause it. Fun fact: the same prime minister, who has been ‘leading’ the country for the past 10 years, has been convicted of ethnically profiling of Dutch-Somalis in 2007, back when he was the secretary of state for social services. In the last 10 years, Dutch policies, especially those targeting migrants and refugees, have also become even more inhumane. The way the Dutch system treats LGBTQIA+ asylum seekers has cost people their lives. It’s most recent victim is Angel, whose suicide is a direct result of the inhumane Dutch asylum system.

Under the multi-party system, in theory, any new party that wins enough votes during the elections can get a seat or multiple seats in parliament. In reality, the number of hoops a party has to jump through just to get on the ballot makes things very difficult for new parties. In the past twenty years, only eight new parties have been elected into parliament, two of which have since disbanded. Seven of them were founded and led by white people. And most of these new parties are on the radical far right. Some are even openly fascist and hold Nazi ideology.

Then comes Bij1, a grassroots party, founded and led by Sylvana Simons, a Black feminist. Bij1 has no institutional support, is unapologetically anti-racist, addresses structural and institutional injustice and is not afraid to call a Nazi a Nazi. In conversation with feminist writer Sophia Seawell, Simons said about Bij1: “We’re an activist party. It’s not that we’re a political party that sometimes joins a demonstration; it’s the other way around. We are activists who have joined forces to become political”. Bij1 wants to immediately increase the minimum wage to 14 Euro, appoint a minister specifically to battle racism and other structural injustices,introduce free national healthcare funded by taxing the wealthy, declare climate change as a national emergency and make the Netherlands carbon-neutral by 2030, dissolve FRONTEX and begin payment by the Netherlands of colonial reparations. To say that the white supremacist, capitalist partiarchal system in the Netherlands is stacked against a party such as Bij1 would be a gross understatement. In spite of all of this, Bij1 managed to win one seat during the local Amsterdam elections of 2018. And in the past 2 years, Bij1 has been a true advocate in the Amsterdam municipality, for those who have been made voiceless by the system. During its short time in office, Bij1 has made significant material policy changes/passed significant motions showing its commitment to change: policy decisions must always consider the impact on the climate; vacant real estate owned by the city must be put to cultural and social use as much as possible; streets named after colonial figures will have visible signs stating any atrocities associated with them. Other measures have directly supported single parents, trans people, sex workers and vulnerable children and students..Because of Amsterdam Bij1, I realised even more how massive systemic issues of injustice are in my city, which is hailed as ‘the most liberal city in the Netherlands’.

Fast forward to the 2021 general elections, Bij1 is on the ballot in all 20 electoral districts of the Netherlands. And this is the most excited I and many other members of minority groups have ever been for elections.

Finally, I don’t have to vote for a white liberal party that pretends during the election season to care about those who are pushed to the margins of society – for example, by using people from those communities as tokens who they put on unelectable low positions on their candidate lists – only to forget about them as soon as they are in office. Finally, there can and I believe will be a voice in the Dutch parliament that will advocate for those in our society that are hit the hardest by right wing and inhumane policies, which have only worsened in the past 10 years.

Bij1 getting elected in the Dutch parliament will not only have an impact on Dutch politics, but all across Europe, since European countries such as Germany and France also have a multi-party system and with grassroots parties such as Die Urbane Partei. I firmly believe a party like Bij1 getting elected into Dutch parliament, will debunk the narrative which is currently commonly accepted, that electability for a left wing party means ‘not being too radical’. The alarming success of the radical right shows how misguided this is.

Am I saying that Bij1 is the perfect political party? No, because there is no such thing and it is important to stay critical. But Bij1 is a party that stands out, compared to any party in the current Dutch political climate, especially on the left. Where most parties on the left are moving towards the center, Bij1 firmly and proudly stands all the way to the left. And that is what we need right now.

Anti-Black-Pete protest in Den Haag. Black Pete is a character in Black Face which is part of a holiday that happens yearly in The Netherlands, Belgium and Luxembourg.

Protest against the 2019 law banning niqab in the Netherlands. Protesters in this picture include some of the women who spoke during the protest and people from Bij1.

Campagne posten of Bij1, with the founder and leader of the party Sylvana Simons at the front during a protest in Amsterdam.

Mitch Henriquez was killed by Dutch police on June 28th 2015. One officer got 6 month probation and the other one was acquitted.

Tomy Holten was killed by Dutch police on March 14 2020. The officers were not even charged. Since 2016 at least 41 people have died during an arrest by Dutch police or shortly after and no one has been charged in any of the cases.