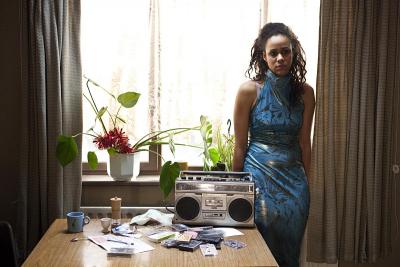 I watch a lot of films so I want to pay it forward and give you some of the best ones i've seen, if you've seen them already then you're really lucky and if you haven't then I urge you to indulge.

I adored the ending of this because it avoided something that typically happens especially in regards to characters who are sex workers or drug addicts, that their fate is doomed and whilst there is plenty of doom in this film there’s a sense of community which probably shouldn't be romanticized but offers a different outlook, which i found comforting. Apparently Mark Wahlberg regrets making this film, which is funny because his career wouldn’t be shit without it whereas Boogie Nights would've been fine without him. He should be grateful.

This doc investigates the life of Joyce Vincent, a Black woman who was found dead in her apartment 2-3 years after she actually died. The film talks to Joyce’s friends who recap parts of her life that help paint a fuller picture, which firstly works as a homage to someone they cared about but secondly as an indictment of the people and systems around her that led to her being so alone and neglected.

Bong Joon Ho cited this film as one his inspos for Parasite, so lovers of that will definitely love this film. Though its distinctively different in its execution, its spirit feels the same: working class people fighting back. The way this film plays out is a perfect composition; for the mess that's made it’s unbelievably neat and tidy. A work of art.

This is about a young girl Insia with a passion for music and thirst for fame, which cannot be fulfilled because of her super strict abusive dad. Def domestic violence trigger warning,, but the relationship between Insia and her mother is one of the most touching depictions of mother/daughter relationships i’ve seen, and it drives this (3 hour) film. Aamir Khan as a washed up artist trying to be relevant again, gives a great performance which helps soften the more sinister subject matter. I recently read something about Khan spitting on women actors on set for good luck and someone responded saying his films now flop, and it just made me think of his character in this and how he's probably not really playing a part but being himself. Lol.

This sounded super boring on paper, but it ended up being a psychological horror film minus any blood, guts and gore but turning to the horror of humanity and the inevitability of deterioration. It is an example of how a typical theme of white-old-rich-guy-is-very-sick can feel brand new depending on who’s telling the story. This is Anthony Hopkins best performance I've ever seen and perhaps one of the best performances I've ever seen, period.