Regardless of whether you watched Buffy the Vampire Slayer as it aired in the late 90s-2003 or tuned in later in life, there’s no denying it had a lot of impact on horror and pop culture. The series, which was created by Joss Whedon,  was about Buffy Summers (Sarah Michelle Gellar), a high school student who happened to be a vampire slayer. Alongside her close knit group (also known as the Scooby Gang) she fought against vampires, demons, and other forces of darkness. All while juggling the idea of living a normal life as a teenage girl-grown woman.

While Buffy as a show wasn’t always taken seriously, it managed to be one spectacular allegory to growing up (more specifically as a woman). And while the series is undoubtedly iconic, spawned a spinoff series, continued on in comic form, and so on – it wasn’t very racially diverse. Which is something that hasn’t aged well. With all that being said the series managed to introduce a Black slayer (before the first Slayer was introduced) in its 2nd season. Kendra Young (Bianca Lawson) made her debut during the episode titled “What’s My Line? Part One”. Her introduction as a character marked a pivotal moment for the series. Rather than introducing another white slayer, the show decided to present some diversity. Even though Kendra’s character had a terrible Jamaican accent and a stiff personality compared to Buffy – she represented the other side of slayerhood.

Unfortunately her demise came near the end of the 2nd season at the hands (literally) of Drusilla (Juliet Landau). Not only was her death mostly unnecessary, her last scene was written in a way that threw out her abilities as a slayer. Kendra was the more disciplined slayer, trained in what was deemed the proper way, and yet she still died. It could be said that it proved her fighting skills didn’t matter in the end. That she was living on borrowed time and didn’t have the heart that Buffy did. Regardless, killing the only recurring Black character among an all-white cast doesn’t age well. It was the classic case of Black characters being disposable.

The series went on and slowly became more racially diverse (though only with recurring characters and guest stars). And the Dark Horse Comics, which are a continuation of the show, had more diversity than the show. Ultimately became a long forgotten slayer in the Buffyverse. At least in terms of the writing, not the fandom itself.

Certainly not the Black folks, especially Black girls, watching Buffy during the 90’s and clinging tight to some representation. Even if it was in the form of a Black slayer with a not-so-believable Jamaican accent.

Fast forward to 2019 with Boom! Studios taking a leap with its reimagining of the original series. This reimagining isn’t for everybody, but it’s more modern because it’s reimagined for the year 2019 onwards. The comics have so far held onto diversity and are allowing the Scoobies and other characters to breathe. And there’s still so much to be weaved in from the original series. Another thing the rebooted comics have gotten right is Kendra; instead of making her a character that doesn’t have time to develop, they have given her new life. Kendra’s personality is still mostly serious and she’s still dedicated to her calling as a slayer (including butting heads with Buffy). She’s just not a good fighter, awkwardly attracted to Xander or incredibly wooden.

Lead writers Jordie Bellaire and Jeremy Lambert have also made Kendra explicitly queer. And have put her in a relationship with Willow’s ex-girlfriend, Rose Martinez. Their relationship is written genuinely and shows what a difference a new time period makes. In the show there was no way this would have happened. Kendra never had an on-screen love interest and if she had it wouldn’t have been with a girl. Let alone another woman of color. Kendra’s revival comics counterpart is the character we should have gotten before. Not just an attempt at diversity that falls flat later.

As the comics continue on there’s no doubt that Kendra, unless she’s killed off, will continue to be a great addition to the Scoobies. And also good representation where Black queer characters are concerned.  Allowing marginalized characters to have stories that don’t solely revolve around their identity (such as queer characters and repetitive stories about coming out) is a good thing. It doesn’t negate identity but gives characters more depth. And also proves there’s proper writing going on for such characters. In this present era we either receive good-decent representation or it’s given as a way to pull more people in. Instead of the writers showing Kendra having an internal criss about dating a girl – she just does it without making a spectacle. Which isn’t all that common where queer couples are concerned. 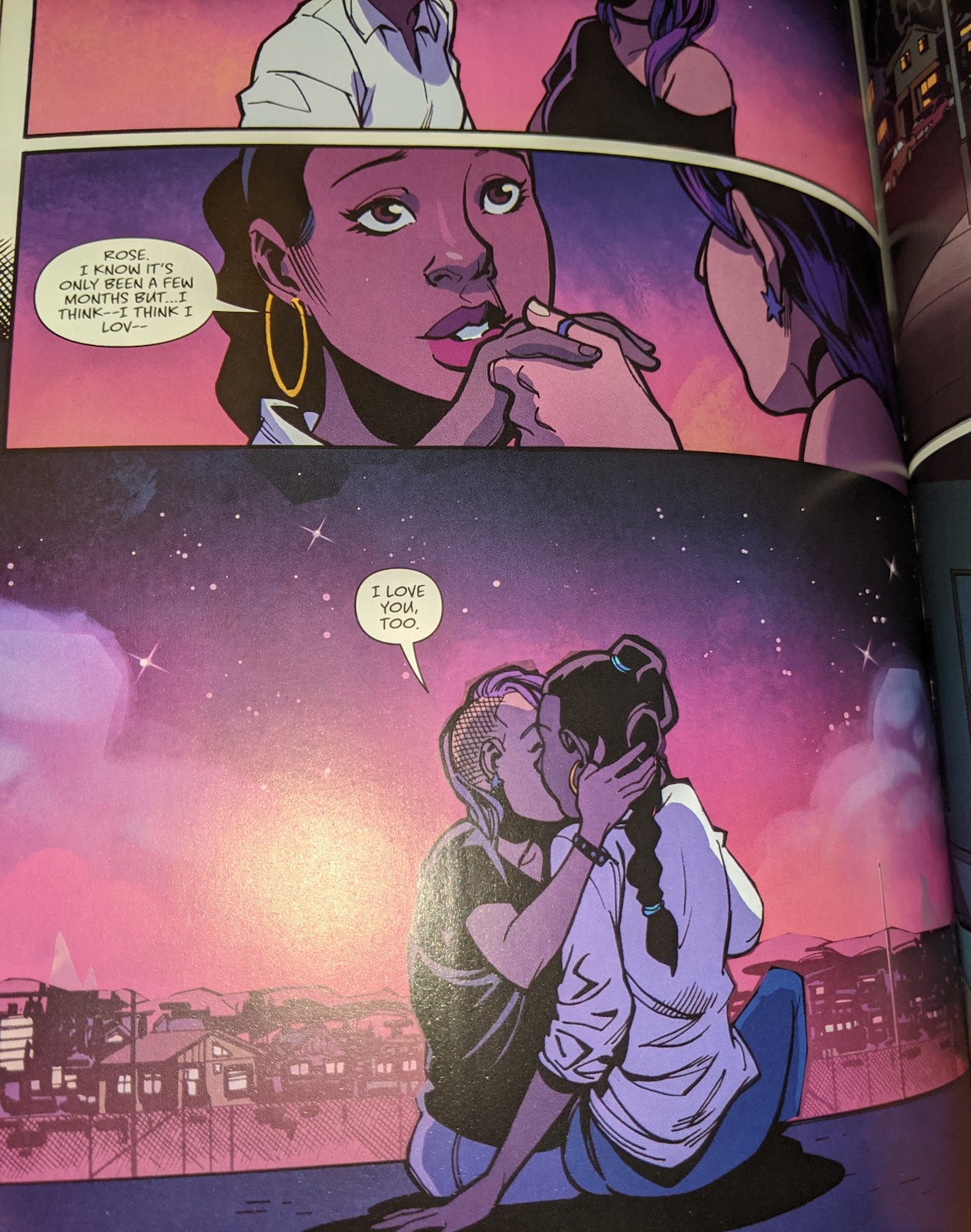 The way Kendra and Rose have been handled (so far) as a couple is surprisingly refreshing as well.

Instead of making it into a love triangle, which is even more so tiresome with m/f pairings, it’s simply a relationship that naturally came to pass. And doesn’t revolve around Willow’s feelings about Rose dating Kendra. Which completely goes against traits that often plague cis (usually het) women characters. In the series it wouldn’t have been handled as delicately for the characters. Showing how far entertainment has come and hopefully will continue to improve.