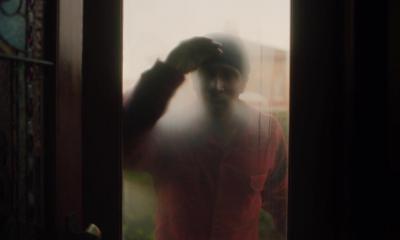 What If?: Imagining Black Cinema Beyond Hollywood's Trauma Fetish

It took seventeen years for me to pick a favorite film. Up until I was graduating high school, I didn’t have a serious idea of what intrigued me. When you’re fourteen, sure, you get to say High School Musical 3 is your favorite movie (I’m pretty sure that’s what I said) but by the time you're eighteen and you're saying, “I’m an aspiring filmmaker,” -- it’s a bit...unnerving. When I was younger, I was always reading -- sneaking behind library aisles to read and imagine my favorite characters to look like me, to have interests like I do, to have questions about teenagehood and romance and adulting-- like I would.

Until I could pick a favorite film, I had to analyze what I didn't like. I disliked Post-Apocalyptic films. Something about the repetitive blueprint of a stiff farmgirl living within the aftermath of some blown up world where there are these civilian cliques with weird names like, “Longitude,” or in Divergent’s case, “Abnegation,” I disliked Happy Madison Production films. Films where the protagonist is an average-looking white man convinces the audience that he can get the vivacious and utterly beautiful young woman because of a two-minute bikini montage to fall in love with him.

And lastly, black narrative films. As a black woman, the striking dilemma I had to face was that I don’t enjoy the films that are supposed to represent me. It’s interesting, I feel like I was able to relate more to Dakota Fanning’s character in “Uptown Girls,” growing up than maybe Cuba Gooding Jr’s character in “Boyz N the Hood.” All of these films that are supposed to represent doe-eyed little black girls and boys with kink to their curl and flare to their noses didn’t imagine us playing hop-scotch in front yards or blowing bubbles -- we were characterized to die from drive by shootings or imprisoned because we were suffocating in poverty.

It is like the world of black cinema has just revolved around black oppression. As if when you rolled a dice, it would land on either slavery, police brutality, drug dealing, or the Civil Rights Movement. Until I was eighteen, the films I saw that revolved around black people besides Disney’s “Jump In!” (are we even supposed to count that?) were romanticising black pain, depicting poverty and drug addiction while also using historical black stereotypes as the blueprint to comedy. I hadn't seen anything different than this until I was sitting in a movie theatre watching Last Black Man of San Francisco, to which I cried my eyes out. An epiphany washing over me like water on the sandiest shore: this was what I was supposed to be seeing. Not just versions of myself and other black people suffering, but smiling, living, doing and being.

When Last Black Man in San Francisco came out, you’d think there would just be more mirroring images of work to come after. A lot more films that would inhabit the living of black communities. But instead we get Gerard Bush and Christopher Renz’s Antebellum (2020) reminding us how much white Hollywood loves reproducing traumatic slave narratives. And then, Them comes out in 2021, which is now the blueprint for Coke Daniel’s upcoming film, Karen . Them magnifies the hysteric and brooding fear white families had for black families in the 1960s. It emphasizes on the micro and macro aggressions with golliwogs hanging from porches and monkey sounds in school classrooms. It then combines discriminatory realism with supernatural demons. These demons include a blackface dancer known as “Da Tap Dance Man”, a fictional woman named Miss Vera (who feels a bit too similar to Miss Ophelia from Uncle Tom’s Cabin), and the Black Hat Man.

When I watched Them, all I felt was horror. This feeling wasn’t the same as the rush of anxiety one feels from watching a scary film. This feeling was brooding and filled with sorrow and anguish. A burn in the pit of my stomach swelling, and tying knots in ways I didn’t know knots could tie. As if someone removed my TV, replaced it with a mirror and said, “laugh.” Somehow, in some real morbid way, Hollywood has become comfortable approaching film with a direct intention to traumatize black people. And we’re supposed to be thankful for it because it features an all black cast, or dark skin black people.

I am being forced to appreciate Hollywood’s capability of reenacting black death through production. Black people don’t die for the purpose of giving actors the opportunity to play the trauma on screen.

When black families show up to theatres with their smiles and excitement -- it shouldn’t be punctured by the mirroring image of black death and systemic racism. They should be able to leave with the same joy they came with.

It is important for our community to know that their life (in all of its details) deserves stories. Our imagination shouldn’t be halted so that we can continue being reflected as bones and crimson. We don’t deserve narratives based on events that are out of our control. As we remember those who came before us, those who have sacrificed-- for their sake, it is imperative to think outside our black and white stories.

Thus, I present to you the power of “what if?”

What if’s open a door to worlds and perceptions where anything can happen. What if’s can be anything from, “What if seventy other people that looked like me walked inside of my house right now,” to “what if there was a film about being able to look inside John Malcovich’s head”...Oh wait, that one happened.We need to start prioritizing what if’s so we can change the way of black depiction. Our what if’s are as powerful as gravity, as long as we believe in it enough. Our what if’s moving forward should be:

As we continue to ask, “what if?” We need films that empower us, not only because we’re black people fighting for survival but because we’re alive.

So here is a list of films that I think answer “what if?”

These films are my reassurance that what if’s matter. Some of these films discuss what it means to be a “token” or how to have a “white voice,” while the others portray the simplicity of black life and families. Some of these films aren’t even about just being black as Purple Rain,Love & Basketball and Soul just happen to put us at the center. And that’s what makes them so special. The intentions of these films are to tell stories, stories that are beyond the boundaries set for them. These what if’s keep me grounded in creativity and imagination. These what if’s remind me to keep imagining regardless of the trauma narratives we are surrounded by.