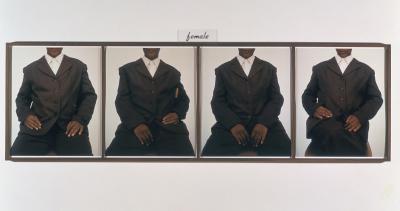 In Spite of Misrepresentation

“Critics are supposed to be people in a position to tell what is of value and what is not, and, hopefully, at the time it first appears. If they are consistently mistaken, what is their value?”. Amiri Baraka said In ‘Black Music’, his collection of critical reviews and essays published in 1968. As an artist, namely a black one, to be subjected to the violence of misinterpretation at the hands of a critic without value feels unavoidable. For most, visibility has always been a necessary evil of finding ways to sustain ourselves, and journalism is one of its primary vehicles. Unfortunately, we co-exist (do we?) in a landscape more populated by writers who lack the desire and ability to frame us with the care in which we frame ourselves, and that aren’t incentivized to do so anyway. In our conversations around this it seems that we often overlook one of our most powerful redresses: self-documentation.

It is this practice that has served as the heart and center of a more than healthy amount of our cultural works and documents. The other seeks to see themself and have themself seen, and therefore must provide the frame and the framework. We see this practice in all of our art forms throughout history. In music, blues serves as one of the first (and one of the only of its time) documents for the lived experiences and expressions of black people. Throughout time and across genre this impulse has persisted. In visual art, we have rendered ourselves from the beginning through portraiture, whether self or otherwise. It is in this spirit, not as a response to but in spite of misrepresentation, that I seek to frame myself, and more specifically offer some musings, an incomplete description of the world so to speak, for my own piece ‘Love Suite’.

Love Suite’s narrator is a version or an iteration of me, a snapshot of some version of myself exploring and documenting and attempting to understand. I see this narrator and his surrounding world, and to certain degrees my own, in the films I chose to draw sound bytes from towards the end of the process of putting the record together. In these films, their themes, and their execution and methodology, I find many of the threads that weave the inner world of this narrator and see myself as it relates to my own process and ideals. The movies in question are Barry Jenkins’ ‘Medicine for Melancholy’ (2008) and David Gordon Green’s ‘George Washington’ (2000).

The clip I used from Medicine is from a scene in which the lead characters, Micah and Joanne ( who are spending the day together following a one night stand), are discussing what they do for work. Elaborating on his job setting up aquariums in the offices and homes of wealthy San Francisco-ans, Micah explains that in many ways his job is like being a curator for people who don’t know what it is they want beyond them wanting their aquariums (and by proxy their homes/offices), to be beautiful. The picture painted, at least on first view, is more intimate than just a service provider doing a job. I imagine Micah’s patrons on some level entrusting a kind of vision of them in his hands, expecting him not just to put an aquarium in their space, but to encapsulate them in it. They want to see themselves in the water, the miniature furniture and geographic features placed inside, the species of fish chosen.

The intimacy suggested here is the same as the intimacy of the lead characters of the film. We are observing a show, not in the sense that we are watching a film, but in the sense that the characters are performing for each other. The more we see of them the more we realized that what they are suspended in together is not relationship but non-relationship. They do not know each other, and are ultimately either unable or unwilling to care for each other. This assumed intimacy and the external and internal conflict it breeds is something experienced and explored in the record, the struggle that occurs between expectation and reality, and between the people implicated in their shared expectations of a relationship.

Jenkins gives us suggestions through the plot as to why our characters can’t connect in a true way. Joanne is in a relationship and the two repeatedly clash over their perspectives on their position as black people in relationships and in the world. However, to me, their foundational issue (insofar as not being able to make a romantic connection with another person can be seen as an issue) is that they’re immersed in a world defined by non-relationship more so than that it is their singular and shared problem.

This is one of the shared afflictions of my narrator and one of the consistencies I’ve found in my own experiences as well. He is suspended in this state in an expositional way, just as Micah and Joanne are. If we zoom out, with ‘Medicine’ taking place in San-Francisco where displacement and gentrification are more than hinted at as significant contributors to their experiences of their world, we see that our characters are living in a place that is oppositional to their existence categorically. My experience and that of the narrator, in Charleston, SC, shares this element. The bar at which we sit does not exist in some vacuumed album-art dimension. The character will pay for his drink and step outside into a world where opposition sits on the atomic level in the air. He breathes it in. He must swim through it to keep going.

Enter ‘George Washington’, David Gordon Green’s film about a group of children somewhere in rural North Carolina. If Medicine’s characters are positioned in a location working to remove them from it, George Washington’s are those living where the displacement has either been completed or where America’s eyes see no value worth extracting in the first place. The setting is populated by very little infrastructure, primarily consisting of lived-in houses and just enough industry to sustain the town's residents. In the opening narration, we are told “all of the grownups in our town never got to be like us”.

In our soundbyte, Buddy, one of the children in the film, has a conversation with one of the older characters. The older character explains there are some good and bad parts of the town and that it’s a shame you can’t see the stars because of all the smoke consistently in the air. Buddy replies “Man, you know what? My room ain’t got no windows anyway”. The town seems to exist in a sort of non-relationship to greater industry/society, and therefore wealth, as a whole. It’s a familiar setting and I take great care in noting that it is only America’s eyes that see no value here.

While this is the context that underscores the events of the film, what I found in it is a study on solitude and grief and their poetics, another of the major themes of the record. After accidentally killing Buddy, George and Vernon, navigate the guilt and grief that follows in divergent ways. Instead of following a more expected plotline of evading police (very few police are seen at any point in the film if any, although they are alluded to) or some sequence of events orbiting around the crime or an idea of crime, the film takes a different approach. George coincidentally saves a young boy from drowning and following this reinvents himself as a ‘superhero’, seeming to adopt a belief that he has a singular purpose beyond his grief. Vernon, without any life changing event to give him a renewed value, continues to struggle. His experience leads him to a desired escapism. Where George re-defines himself, Vernon wishes to lose his current iteration of self entirely. He encapsulates these feelings in a monologue to one of the other characters who witnessed the death.

“I just want to be by myself and just think about this,

and think about what I’m gonna do, cause I know I ain’t stayin around here.

I just wish I had my own tropical island.

I wish I could go to outer space, man.

I wish I had my… own planet.

I wish - I wish I could just… sit around with computers and machines and just brainstorm all day, man

I see my narrator in both of these responses and in the tension between them, in the haziness that is that navigation of loss and the attempt of seeing oneself in the middle of loss or in the expectation of loss. Also of note is the significance of water throughout the story (an inescapable source of imagery and inspiration in my own works and process), as an omnipresent co-habitant of the world, as a sometimes benevolent and sometimes neutral force, as an observing party. Some significant moments:

In both of the films, we see a set of characters navigate worlds defined by their relationships and non-relationships to their surroundings and each other, whether self-inflicted or otherwise. Both films depict black people in some level of relationship to their subjugation (with Medicine lampshading this by having it’s characters listen to an Olaudah Equiano soundbyte while on a museum outing). As much as they hold relationships at the forefront, they provide a foundation through their setting and in the way they allow space for what is not said for us to truly peer into these dynamics.

Finally, both films hold a shared significance to me in the non-exceptional lens through which they frame the characters in their story. Nothing that happens in either film is something that couldn’t, within reason, happen to anybody. Aspiration as a central theme is eluded. No choice is made that the audience couldn’t conceive of themselves making. And further, neither lands on any hard choice about anybody being in the right or in the wrong. Nobody is presented as a symbolic ideal of justice, achievement, or any of the other myriad examples of what we are typically offered in our renderings due to categorical othering and oppositional gaze.

It is through the current of opposition that my narrator, the other, resists through this expression of self, and through the love he describes on his journey. Antiblackness is not the sole mechanism of othering, as non-blackness cannot be any more central here than a spectre can be, menacingly moving in the periphery. There is the addition of the aforementioned interpersonal othering, and further the othering that is self-inflicted. A non-relationship to self. The creation of the other is ritual. We can enact it as well. It repeats and it produces artifacts and effects. Our characters love and seek love in spite of, not because of, othering. At the same time, we see the effects and we hold space for them and the way the inform our choices and perception, and we commit and re-commit to finding ways to frame ourselves in a context that honors this reality.