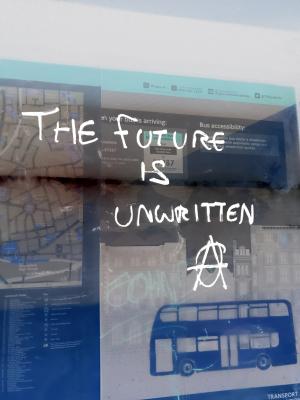 For the first time we have a summer family holiday, albeit a disjointed one. It’s just me, one brother and my mum. We are processing the loss of my father who unexpectedly and prematurely passes just the year before. We let ourselves be held by family in Texas, Maryland and Florida. In Dallas Fort Worth we meet my mum’s family at a large reunion. Here we gather as displaced Liberians after the civil war.

For the first time I see a bit of The Matrix but I’m ushered out the room for being too young. In a Virgin Megastore in Orlando me and my brother are allowed to buy a few CD’s and records each. We riff through the latest Sean Paul & Beenie Man albums emblematic of the dancehall crossover that’s popping on both sides of the Atlantic. Back home my brother and his friends crowd into his room over newly gifted vinyl decks and microphones, experimenting with the darker side of garage which shortly evolves into grime. When we return he hosts a massive 16th birthday party to end summer. A school friend of his called Benga also DJ’s. Once again too young I’m not allowed to go, I stay at home brooding but able to hear and feel the bass of the party in the church hall around the corner. The boys continue to gather in bedrooms, around games consoles, cheap computers and beyond coming up with dubstep.

Back in the states again for the summer but this time way less eventful. The cogs are still turning though as I stay attached to my white iPod classic. On returning I turn 18 in the autumn now legally an adult in the UK and able to rave. An infamous local haunt Black Sheep is the only place in town that plays the very genre born in it. Now dubstep is beginning to cross over to the mainstream. Still, I get the chance to experience a part of it in real time in a club space.

Me and two friends cram into an ‘it definitely looked bigger in pictures’ air bnb in the 18th arrondissement for Afropunk Paris. I play the crew MHD “he looks just like our rappers.” We hear him on the bus, in the streets and in the club. We meet with folks from across the diaspora, we dance to music in languages we don’t understand but rhythm is rhythm.

Just before the mass global shift I’m in Brooklyn but the DJ is from London like me. I lose my shit as she plays garage and grime from my childhood however many miles from home. Time feels fluid and cyclical as I envision back to being 7 years old hearing such tunes on the radio dreaming of when I’d be an adult and get to dress up and go out at night. Like all the best trips, the realisations stream in. ‘Everything’s connected’ ‘I’m meant to be here right now, physically but also in this era.’ ‘This body, this music.’ I no longer feel like an outsider, a weird kid into weird shit with an encyclopaedic of knowledge of music and a wild brain that makes all sorts of connections. It all has a purpose.

According to astrology, us millennials are the Pluto in Scorpio generation. One of transformation, transgressing power and breaking taboos, hence the massive way we’ve contributed to reshaping justice, race, gender, sexuality, disability, the body, work, time, spirituality, money, care, community. This idea of a generational purpose gives hope after the bleakest of years and meaning to so many of me and peers’ deep commitment to liberation. Of course there’s a shadow side too and a choice to be made – unevolved Scorpio energy can represent pulversing power, control, domination, manipulation, ruthless jealousy and competition. Many of us have already experienced varying degrees of harm caused by such attitudes within our generational group. To transform the world around us we also have to be committed to transforming ourselves.

Joining the dots between these moments across a life, the ever mutating presence of sound, the blessing of being a Black Londoner in the late 20th century, the transformative nature of Blackness together even if not in the physical. Music exists both with us in the present and as a beacon for our future selves – I think of X-102 creating their ‘Discovers the Rings of Saturn’ epic concept album the year I was born 1992 then myself being super fascinated with the planets & outer space through a magic school bus pc game just a few years later then it all coming full circle as I delve into the album in 2020. This shared desire to reach out into the cosmos as a way to make sense of Black life – both as a break from referencing explicit oppression and a space to expand one’s consciousness. Although the constructed world is formed upon antiblackness there’s a whole universe that welcomes us.

Through sound a way out of disaster is forged, whether that’s facing up to its heaviness or dancing in the midst of it or disrupting normative rhythmic patterns. These carefully & intentionally selected tracks from across years and locations are connected by a common point, call forth a new world of freedom and are part of a continuum of evolution, forward ever, backward never.